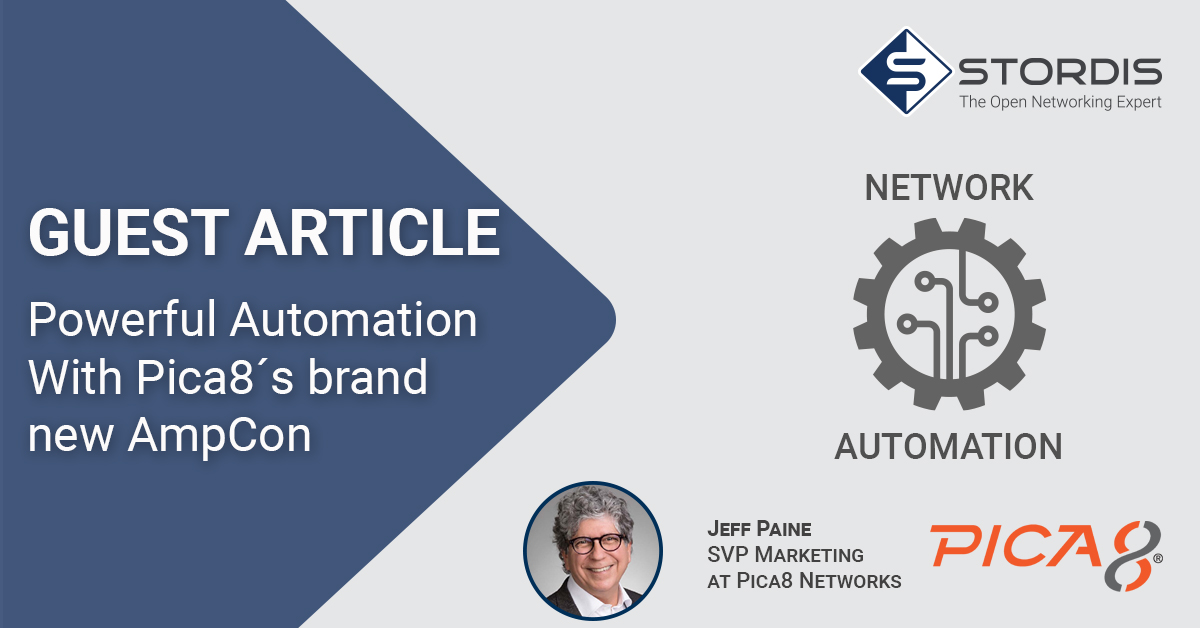 Back in very early 2012, Palo Alto, California-based Pica8 kick-started the open networking revolution when it shipped the world’s first Linux-based network operating system (NOS), called PICOS®, on a disaggregated bare-metal white box switch.  Since then, Pica8 has grown its market to thousands of customers across the globe, and, with the launch of the AmpConTMautomation framework, the company’s PICOS software has left its “NOS-on-a-box” roots to mature into a complete white box networking solution for enterprise campus and access networks of any size.  Now a PICOS-powered white box solution includes:

AmpCon – short for “Amplified Control” – is the world’s first, and only, automation framework that can deploy, configure and manage an entire enterprise network of white box switches.  As such, it creates the very first alternative that any enterprise has ever had to using the expensive automation solutions that they get from their traditional legacy networking vendors. Even better, to make sure that AmpCon delivers the full open networking value proposition, it is deliberately priced at a literal fraction of the cost of its legacy competitors, such as Cisco DNA Center.

In a 100-access-switch deployment scenario, for example, AmpCon would typically be priced at less than the sales tax of its Cisco DNA Center comparable solution.  What’s more, AmpCon is far, far easier to use.  So easy, in fact, that an intern with zero network programming experience can use AmpCon’s Quick-Start Mode to turn on and successfully configure thousands of white box switches at the push of a button.  And, unlike Cisco, AmpCon can either run on premises or in a public cloud (at no additional cost), and the AmpCon license has no limits to either the number of connected devices or the number of users.

AmpCon offers particular value to customers, such as schools/colleges/universities and government agencies that have multiple locations but limited networking staff resources. PICOS and AmpCon are, of course, fully backwards-compatible, so Pica8 white box open networks can be incrementally deployed in existing networks as budgets and staff permit.

Global hardware and software support is also provided in a Pica8-powered white box network. Pica8’s key regional partners, such as STORDIS in Germany, will typically be the first line of support, with software issues escalated, if necessary, to Pica8’s global 24×7 support staff and hardware issues escalated to the white box manufacturers, again, on a 24×7 basis.

This article was provided to STORDIS by Jeff Paine, senior vice president of marketing at Pica8.